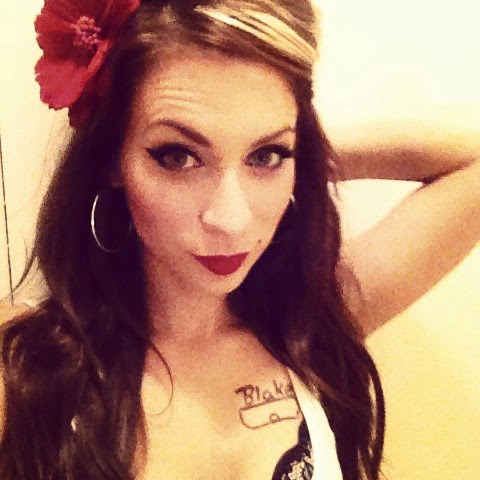 Happy mid-week Noobs!  Today's post is a bit out of the ordinary, but I thought that it would be fun!  Now that we're in mid-October, and quickly approaching the most wonderful time of the year (Halloween, duh!) this is about the time when I start frantically googling inspiration for my next Halloween costume.  Dressing up for Halloween has always been a favourite past time for me, and doesn't look like it's going to stop anytime soon - even though I'm well on my way into my 30s!  I thought that I would share some of my previous Halloween costumes, since I have always been an avid believer that costumes are meant to be DIYed and never bought!  Read on to see my previous DIYed halloween costumes, both for going out as a single lady or as a group costume.

**Warning - what you're about to see delves into my bad-haired past.  Be prepared for overly bleached hair, over-processed styles and a bad weave or two.  You have been warned. 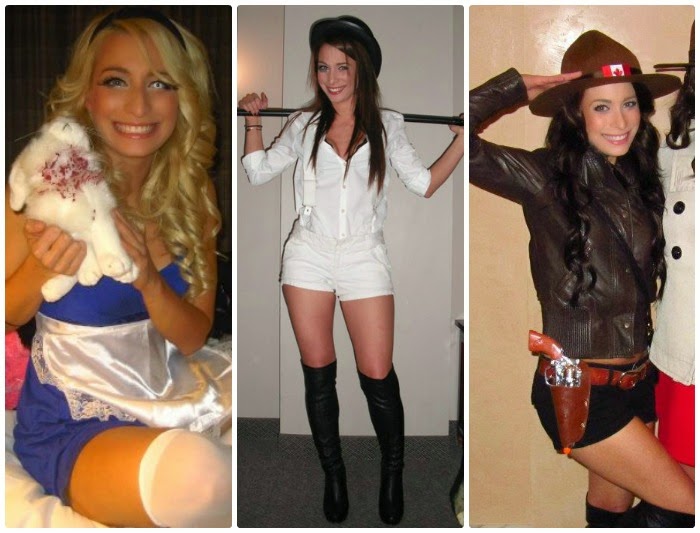 I honestly much prefer the camaraderie of a group costume on Halloween, but sometimes a girl's got to go solo.  The above costumes, from left to right, are Zombie Alice in Wonderland (destroyed Peter Rabbit included), Alex Delarge from A Clockwork Orange, and a Mountie.  The mountie attire is definitely not up to code (who ever heard of a Mountie carrying around a western pistol?), but it was so much fun to dress up as since I was spending my Halloween in New York City, and wanted something overly-Canadian as a costume. 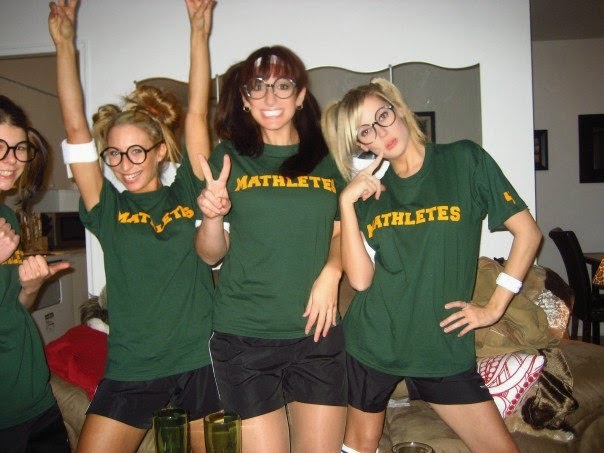 A Team of Mathletes


Mathletes are such a fun idea to dress up as a group for Halloween.  The hardest part of this DIY is ironing on letters to a plain t-shirt to create the Mathlete jersey (don't forget your last name on the back), and then accessorizing with all of your favourite nerd paraphernalia (yes - that is a calculator I have stuck in my wristband!)  You may not be able to tell in the photo, but we're also wearing matching knee-high soccer socks.  Anything to identify you as the math-loving team that you are - go team! 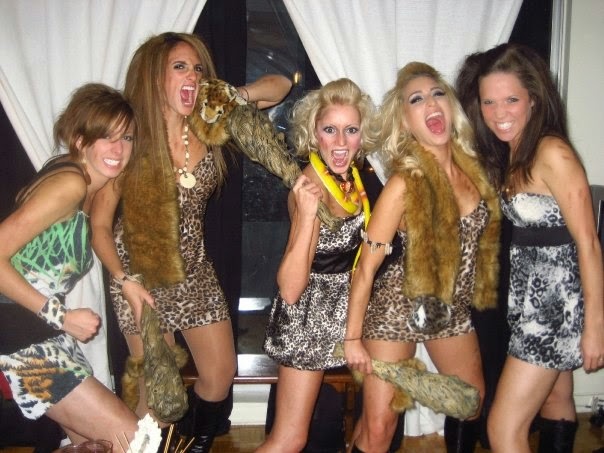 
This costume could't have been easier to DIY, and is perfect for a group of wild ladies.  The animal-print dresses can be found at any discount clothing store, the bats at a local costume store and the bits of faux-fur as accessories from the fabric store. 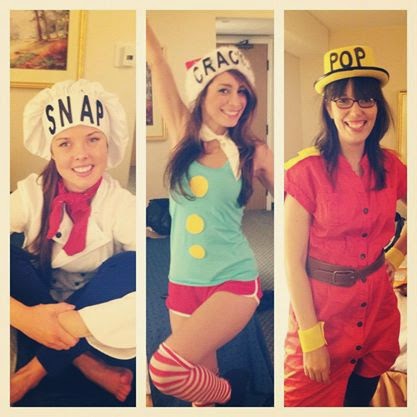 One of my favourite costumes to date has definitely been dressing up as Snap, Crackle and Pop, the Kellogg's Rice Krispies elves.  The DIY can take you in so many different directions, but it's mostly about finding basics at either American Apparel or H&M and mixing them together to create the costume.

I hope you liked this quick, random post.  Do you dress up for Halloween?  If so, what was your favourite costume?