Pros and Cons of Living in Toronto 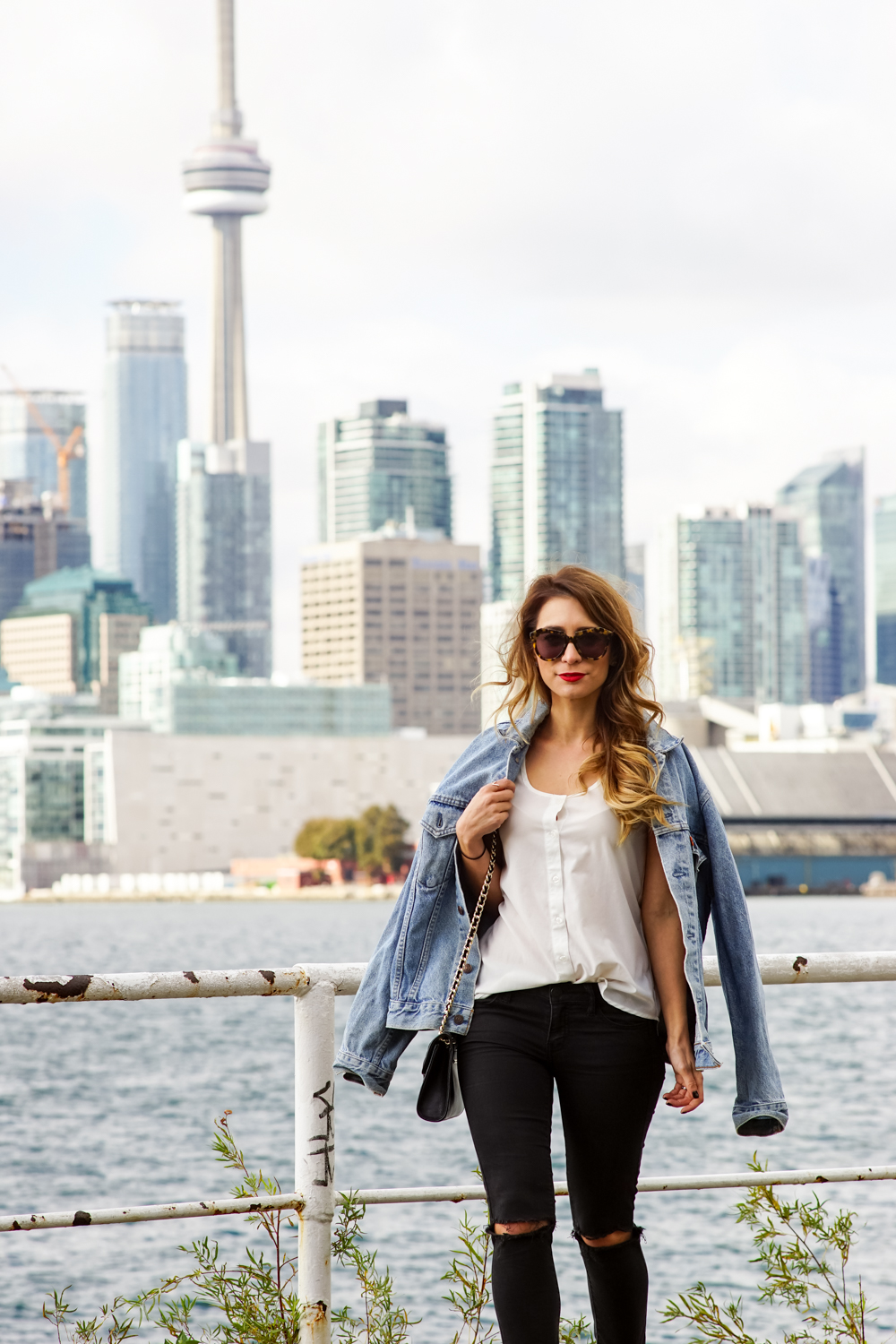 As a content creator living in the city, with most of my content centered around living in Toronto, I get a lot of questions about what moving here would look like. Instead of answering your questions individually, I thought it would be great to address your concerns through a post.

Now, for context, here’s what you need to know about me. I’ve lived in Toronto and the Greater Toronto Area for almost 11 years now. I have a young family—a husband who works in the city limits, a toddler son, and a dog. Prior to moving into a neighbourhood within the city last year, we were living in a condo downtown.

DISCLAIMER: Everything I’m going to mention here is totally from my point of view. If you’re serious about moving to the city, I highly encourage you to research, so you’ll know if this can work for you and your family.

Pros of Living in Toronto

There’s Always Something to Do in Toronto

This city is incredible! There's always an event, there's always a concert, an art exhibition, artwork on the street on any different night—there's so much to do! And, it’s not only for the single and young who want to meet people in the city. It’s also for young families. Prior to the lockdown, I had so many things available for me to do with my baby.

As someone who came from a smaller town, I was so impressed, and continue to be impressed, with how much there is to do in Toronto. Whatever your interests are, whatever you like to do for fun, I promise you will find so much to do in the city (even when we’re in lockdown!). Toronto is just a great place for entertainment and finding things to do.

As I’ve said, I grew up in a small town in Ontario, and I’ve always interacted with the same people I went to highschool with. Because of that, I found that it was really difficult to meet new people. Everybody kind of knew you, and it was hard to branch out. Also, most people were set in their ways with their own group of friends. So when I moved to the city, I thought it was so refreshing and very easy to meet people.

There are certainly people who have grown up and lived their entire lives in Toronto, but there are also a lot of other people who have moved here from different towns and even countries. A lot of times, these people are also looking for others to connect with. So, sometimes you do have to put yourself out there a little bit to make that connection.

I feel like Toronto has a reputation for being mean and snobby, and that might be true. But, if you break through the surface, everybody just wants human connection. And, because of the city’s transient nature it's easy to meet people.

I've always found that when I'm lonely and I put myself out there, the people I meet are usually in the same situation, and a great friendship is born as a result. I've met so many incredible people in this city and continue to do so.

Toronto is a Mix of Different Cultures

You can often hear people talk about the food scene in Toronto and how amazing it is. This is because there are a lot of different cultures in Toronto, and with that, any and every cuisine you want is available to you, and it is done perfectly! We have a mix of different cultures and, despite the issues there may be, each of them is celebrated and has a strong community behind them.

I’ve had my fair share of traveling, and when I eat delicious food in my travels, I can often pinpoint it back to a restaurant back here in Toronto. I’ve also had a running list of restaurants I wanted to try for years now, and still I’m nowhere near complete!

A lot of times, instead of taking public transit, I would prefer to walk to my destination. And, although we have a car, we very rarely use it. There’s actually so much to do within the neighbourhood without jumping into a car—I can do all my groceries, get all my essentials, do all my shopping, and eat out at tons of places. I just love the walkability of the city, and I love doing all my errands on foot.

Toronto has a Lot of Green Space

In terms of big cities, Toronto actually has a lot of green space. There are usually multiple parks to hang out and take a load off. In our area alone, we have so many different parks, parkettes, and playgrounds, so it’s been interesting raising a child in the city. Compared to my parents’ place in the suburbs, where there’s only one or two parks within walking distance, our neighbourhood has a dozen! 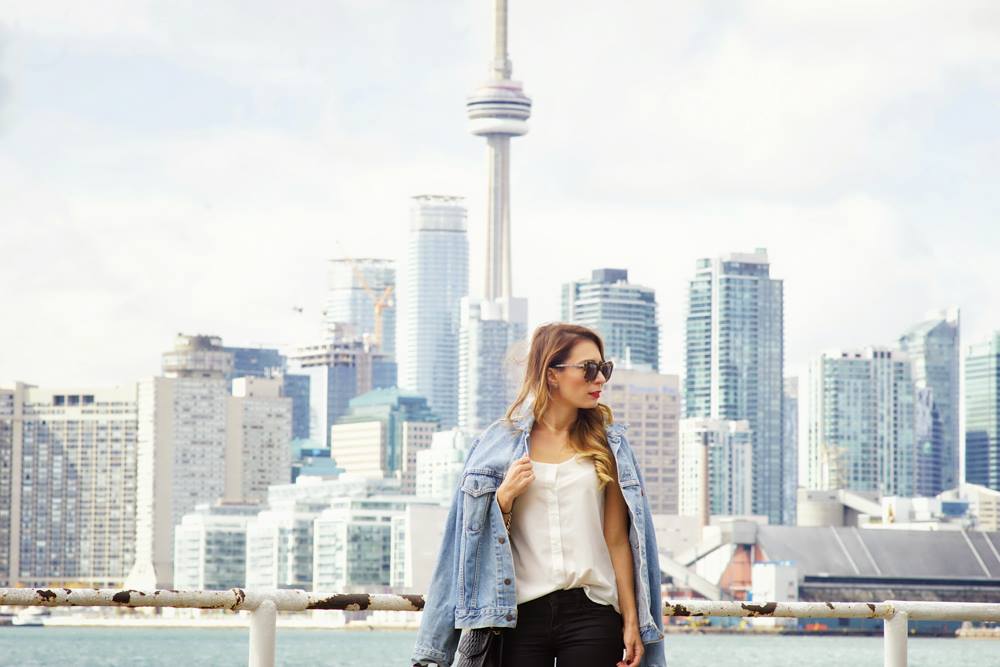 Cons of Living in Toronto

Living in Toronto is Expensive

Toronto is a very expensive city. To put it into perspective, the average price for a single detached home within the city limit is one million dollars. And it’s not even a mansion a celebrity lives in—it’s a fairly modest and basic 1,000 to 2,000-square-feet home. And because it is so expensive to live within the city limits, it has caused a ripple effect to all of the surrounding cities, which are used as commuter cities for Toronto.

There is an Affordable Housing Crisis in the City

My second point goes hand-in-hand with my first—housing prices and living expenses within the city are definitely a concern, and you’ll hear this a lot in Toronto conversation. Because of this, Toronto actually has a bit of a homeless crisis. People who come from the suburbs or the country may not be aware of this, but the reality of living in the city is that you’ll see homeless people fairly often, if not everyday.

So, if you're thinking of moving into the city, just be aware that there’s not a lot of affordable housing—whether you’re planning to rent, own a home, live in a condo, or share it with roommates.

Months and months before my son was even born, I was on the waiting list of about 15 daycare centers. Thankfully, we have secured childcare now, which I am so grateful for. But, of those 15 places I signed up for, only one ended up calling me back! I’m fortunate that somebody actually gave me the nudge to start putting my name down before my son was even born, because I would never have known!

Now, this is something that may not affect a lot of you, but if you are a family with young kids, this aspect is something to consider. If you're moving into the city, it’s ideal to look into childcare and, hopefully, secure a spot for your children before you even get to the city.

Public Transit is a Mess

I'm actually from a small town in Ontario. Moving into the city, I learned that having access to public transit, which gets you anywhere, was a bit of a luxury. While you can pretty much get anywhere in the city on public transit, it is not going to be easy.

We have a fairly inefficient public transit system—there are often delays and work being done on them. If I'm going somewhere on public transit, I usually allocate double the amount of time it should take to get to my destination (and oftentimes I'm hitting pretty close to that benchmark).

So, yes, while public transit is readily available within the city—we have lots of busses, streetcars, subways, and GO trains—it’s not always the quickest and most direct route.

The City is Very Noisy

Having come from a condo downtown, I will say that the city noise was a regular part of our life. You constantly hear people on the street, cars passing by, horns blaring from the traffic—it’s a very, very noisy city.

Now, for some people, this might actually be a positive—it kind of creates this electric energy on the street. But, for a first-time mom trying to get her baby to sleep, the noise can definitely get to you. So, if you're somebody who craves solitude and quiet, it’s wise to consider that Toronto may not be for you.

This “hustle culture” probably goes hand in hand with how expensive it is to live here in Toronto. I find that it’s definitely pro-work, pro-grind. People want to get it done and respond to emails late at night on the weekend, and most of them have multiple side hustles. This may be positive for some people (it actually is for me)—this mentality can drive them forward, and they may even find fuel and motivation in this (like I do). But, on the other side of the coin, it could be negative for those who just want a simple, quiet life—and there's nothing wrong with that. 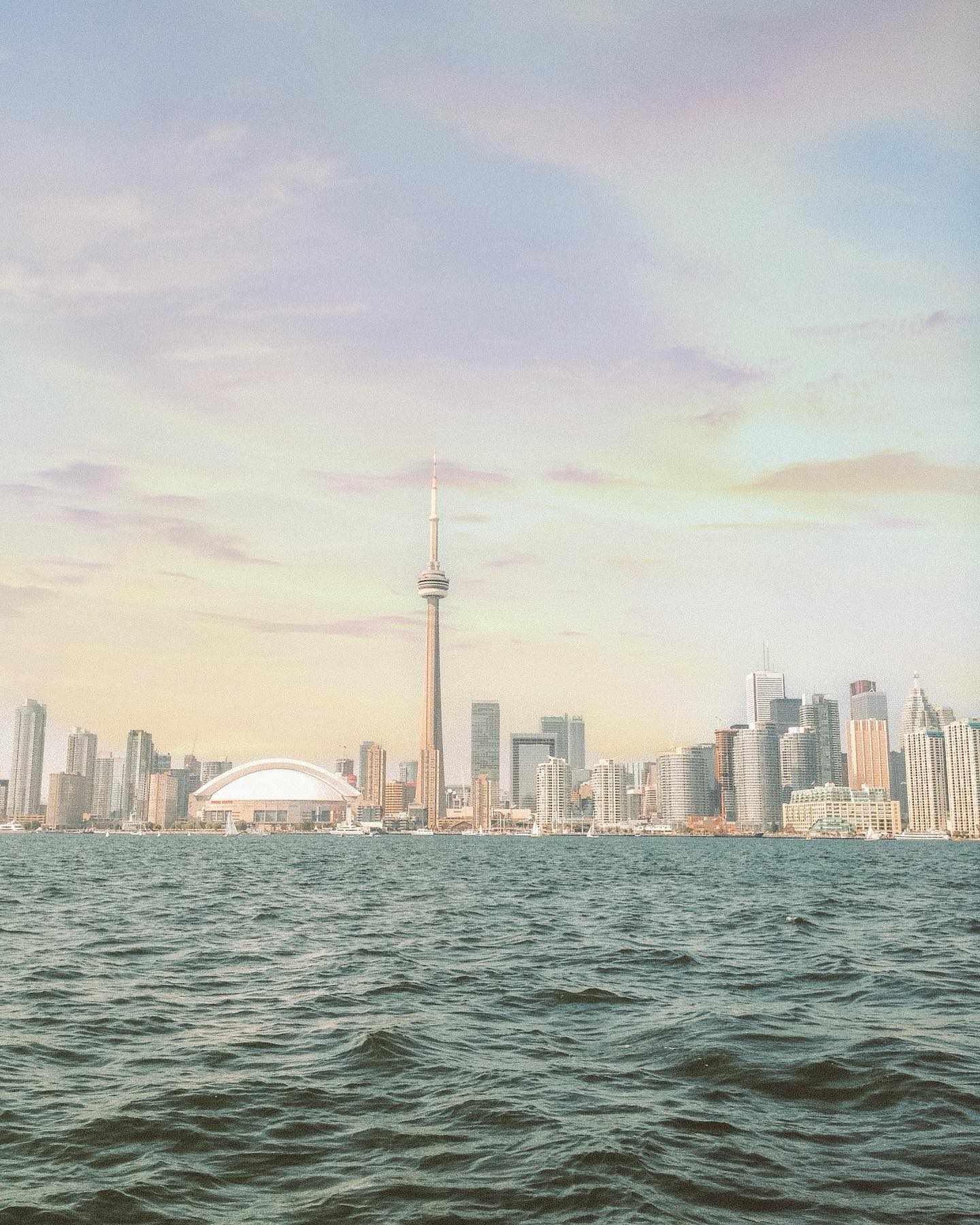 I truly love living in the city, and I can talk about it for hours! But, I also recognize that it’s not without its faults.

So, what about you? Did this convince you to move to the city, or have you realized Toronto isn’t for you? Do you have your own pros and cons list of living in the city? If you do, I would love to hear about them!