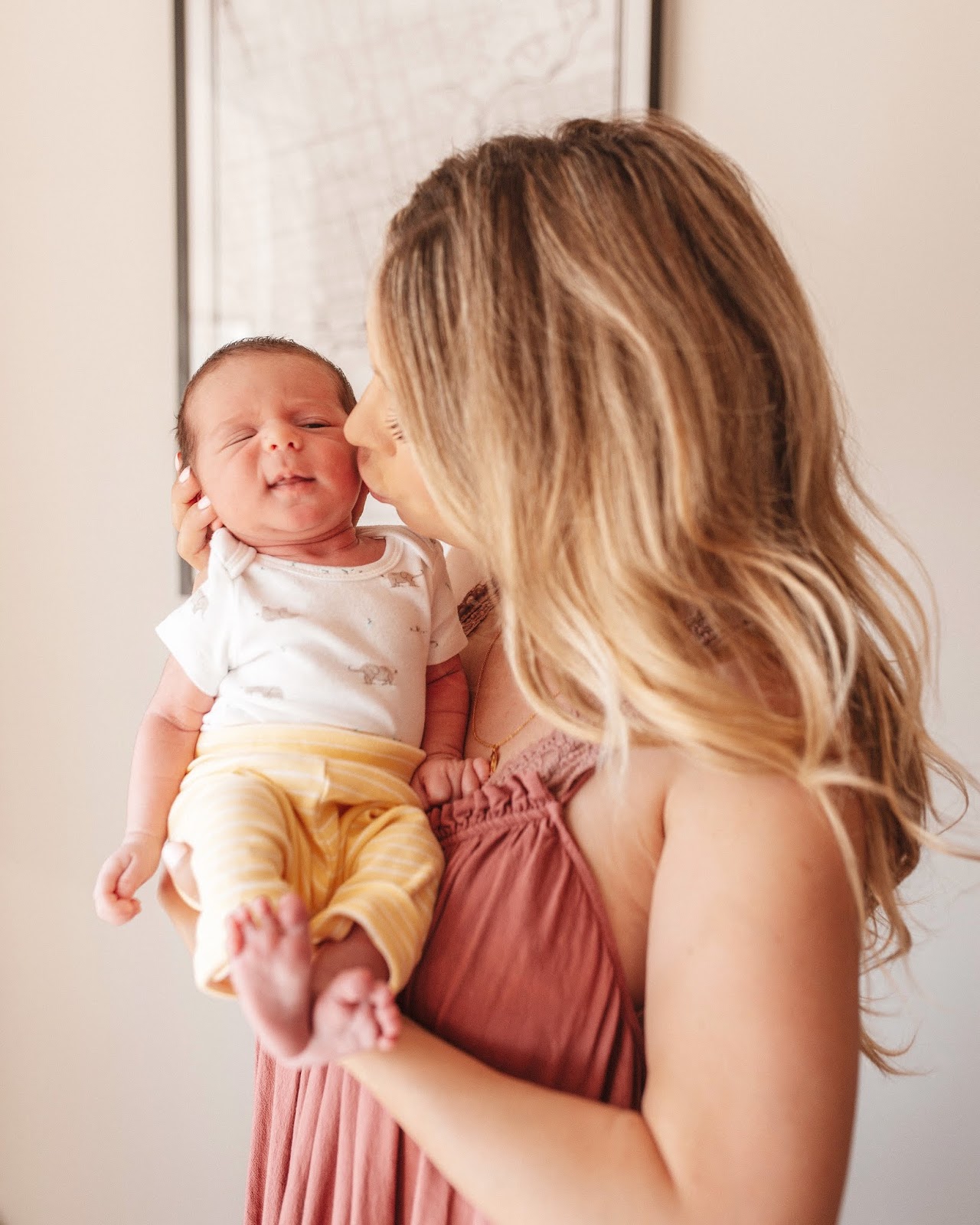 Yesterday officially marked four full weeks of welcoming baby Benny into our lives. Four of the shortest weeks, and also the longest at the same time. It's so strange to think back to a time when he wasn't in our lives, or being pregnant - any of that! It sounds cliché, but life before Benny was beautiful in its own way, but since he's arrived its become more of a distant memory and our new reality with a new member of the family has me feeling excited for the future.

I really want to make sure not to forget and neglect my blog along the way. Having a new baby has a way of changing everything, but I still feel like the same 'me' as before and I want to honour what is important to myself and my identity. This blog has been such a blessing in my life, and I look forward to seeing how my content evolves as I grow into different life stages.

That being said, as important as La Petite Noob has been to me, finding time to sit down and update the blog has proven to be very difficult. It's not that I don't have the time - Benny is such an incredible baby with a chill little attitude so I do have some time to myself throughout the day. It's my concentration that's the problem. Writing, which once came so easily to me, is now such a struggle. On the flip side, editing video is proving to be easier than ever. So funny how everything shifts with a new baby, even your working habits!

On the topic of shifts and changes, I thought that I would sit down and force myself to get back into writing - starting with a general life check-in and update since having Benny four weeks ago. 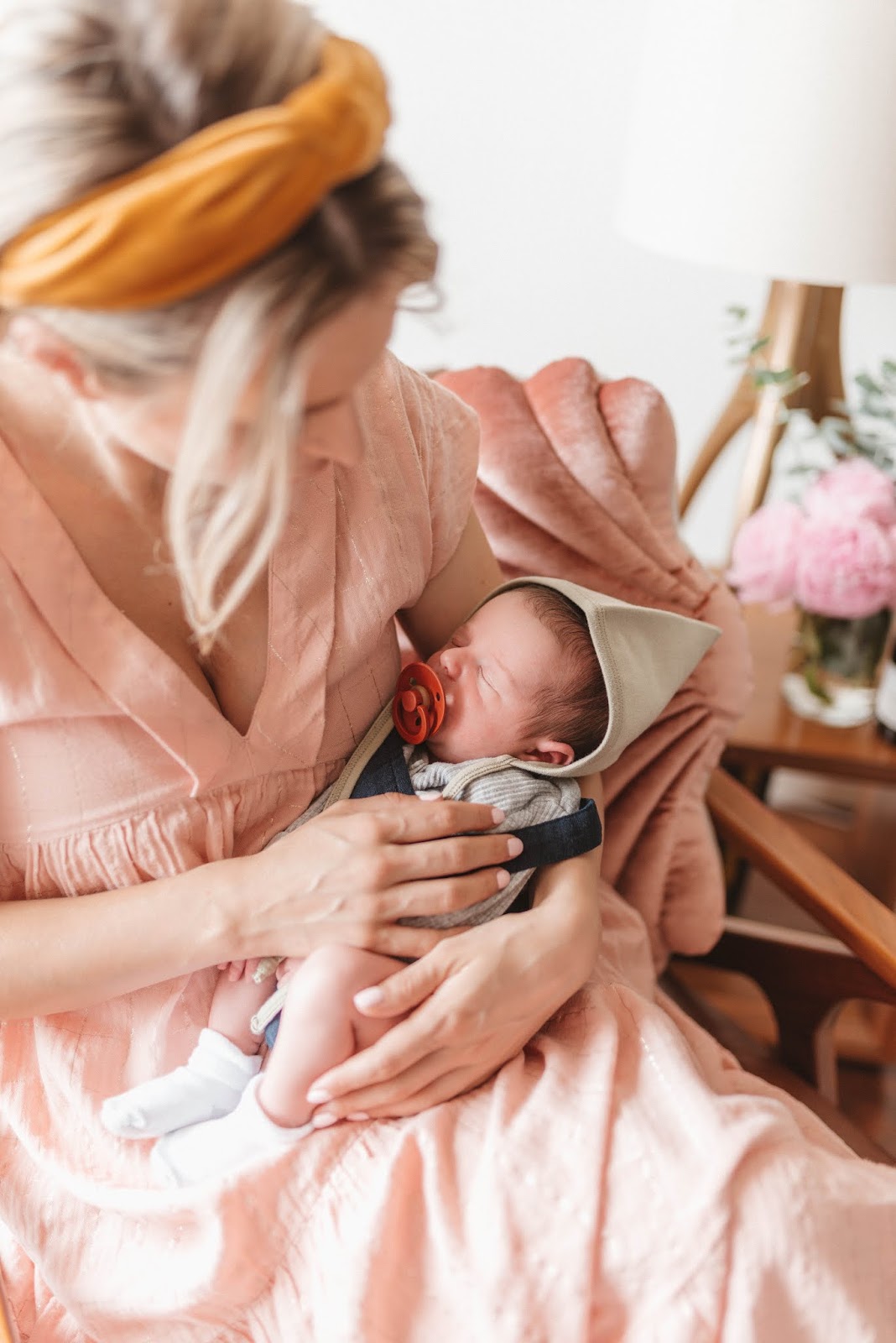 
I'm happy to report that 4 weeks postpartum after my c-section, I'm feeling pretty great! My incision is healing nicely, I no longer wince when I have to get out of bed and the majority of my swelling has gone down. The first few days though? Brutal! Thankfully I seemed to turn a corner at day 5 and it's been slowly getting better ever since.

The one thing that's still a little strange to get used to is how soft my stomach is now - like there's literally no muscle, and it still feels kind of empty (I've read that this is a common feeling after a C section.) I'm honestly really looking forward to being able to work out again in a few more weeks so that I can build my strength back up.


I'm so, so happy to report that my moods and headspace have seemed to normalize after dealing with some pretty heavy prenatal anxiety. I was so afraid for postpartum depression, but I feel as though a load has been taken off my shoulders since having Benny. You guys, I was experiencing some dark feelings in pregnancy - it was pretty bad. I'm so relieved to be feeling more like myself, albeit with a lot less sleep now, haha. 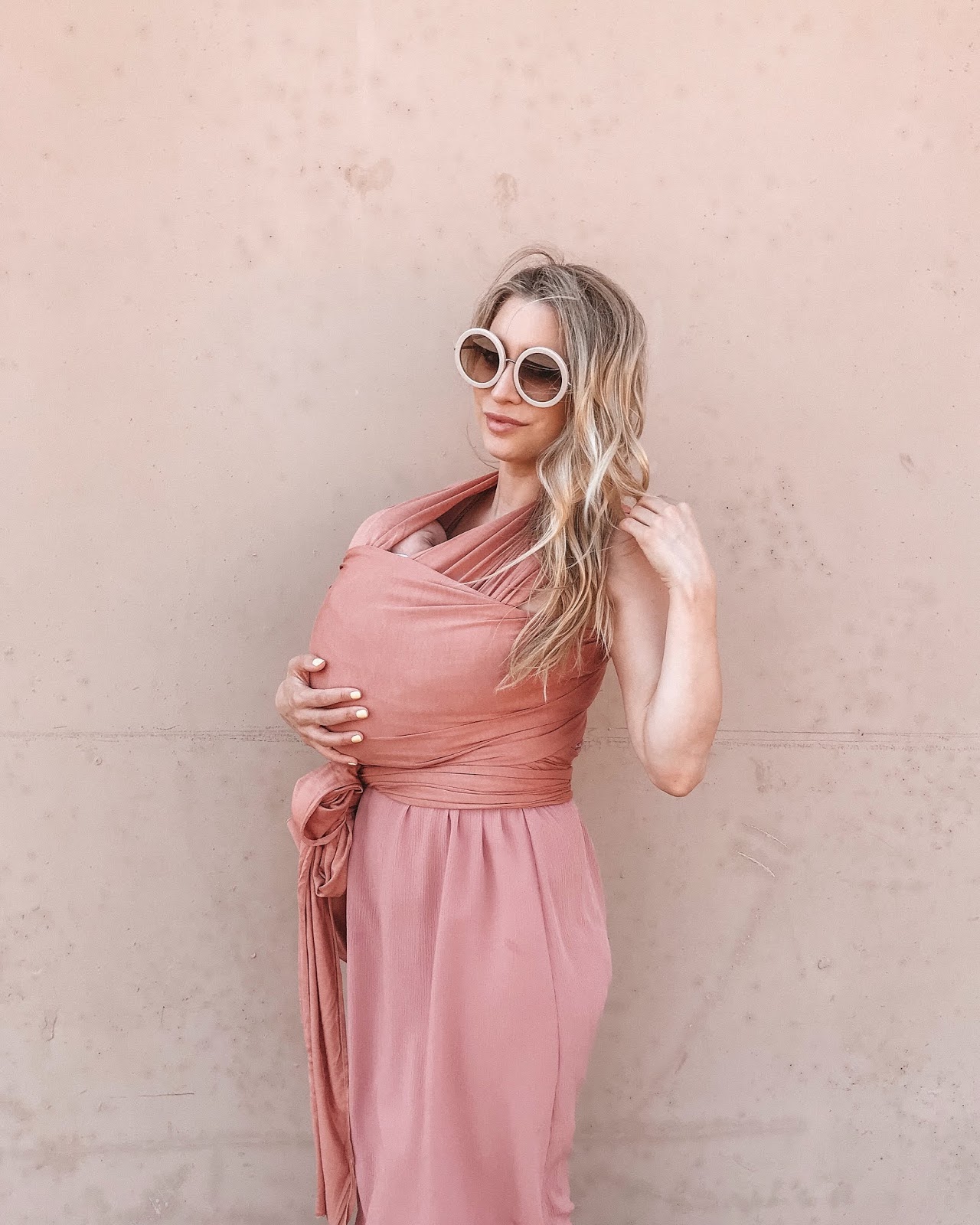 How We're Adjusting To A New Baby

I have to say, I'm really proud of the way that Brian and I have adjusted to having a new baby in the house. We're both older, so I worried that we would be too set in our ways and that having a huge life change thrown at us would lead to some tension. Of course it hasn't been all easy, but for the majority of the time we've been working as a team and developing a new routine to include baby Benny. In hindsight, I'm glad that we waited until we both felt like we were ready to have kids because I don't think the transition would have gone as smoothly even 3 years ago. Coupled with lots of help from friends and family, and we've been great.


Of course, it's not all baby cuddles over here. There are a few things that I've been struggling with. The one biggest thing that has been harder than I anticipated is breastfeeding.

Now, it wasn't without warning; plenty of people warned me that breastfeeding would be hard. I just interpreted it wrong - I thought they meant that it would hurt. Turns out, it's not the physical pain thats the hardest part. For me, the challenge with breastfeeding has been developing a routine that seems to change by the hour, all while worrying if your child is getting enough to eat. There were a few days there where it felt as though I was breastfeeding every few minutes of the entire day, and Benny never seemed to be satisfied. With the help of a breast pump, and also just time, it seems to have gotten better but there is still the occasional hard day where everything changes all over again.

Another struggle that I'm embarrassed to admit, but want to address, is my relationship with my body. I'm really having a hard time getting used to the extra weight, the soft stomach and the feeling of weak muscles. In hindsight, I should have known that this would happen. While pregnant, whenever I imagined myself with baby, I saw my old self with my old body right away. Totally unrealistic I know, and it's resulted in having a hard time celebrating my postpartum body. All of my old clothes don't fit, and I feel as though I have to change my entire wardrobe again to accommodate my new weight and for breastfeeding. I'm really hoping that being cleared to workout by my doctor at six weeks will make things better and will put me in a better headspace. That's it for me! Let me know how the first few weeks of bringing baby home went for you! What were your struggles? Let me know!