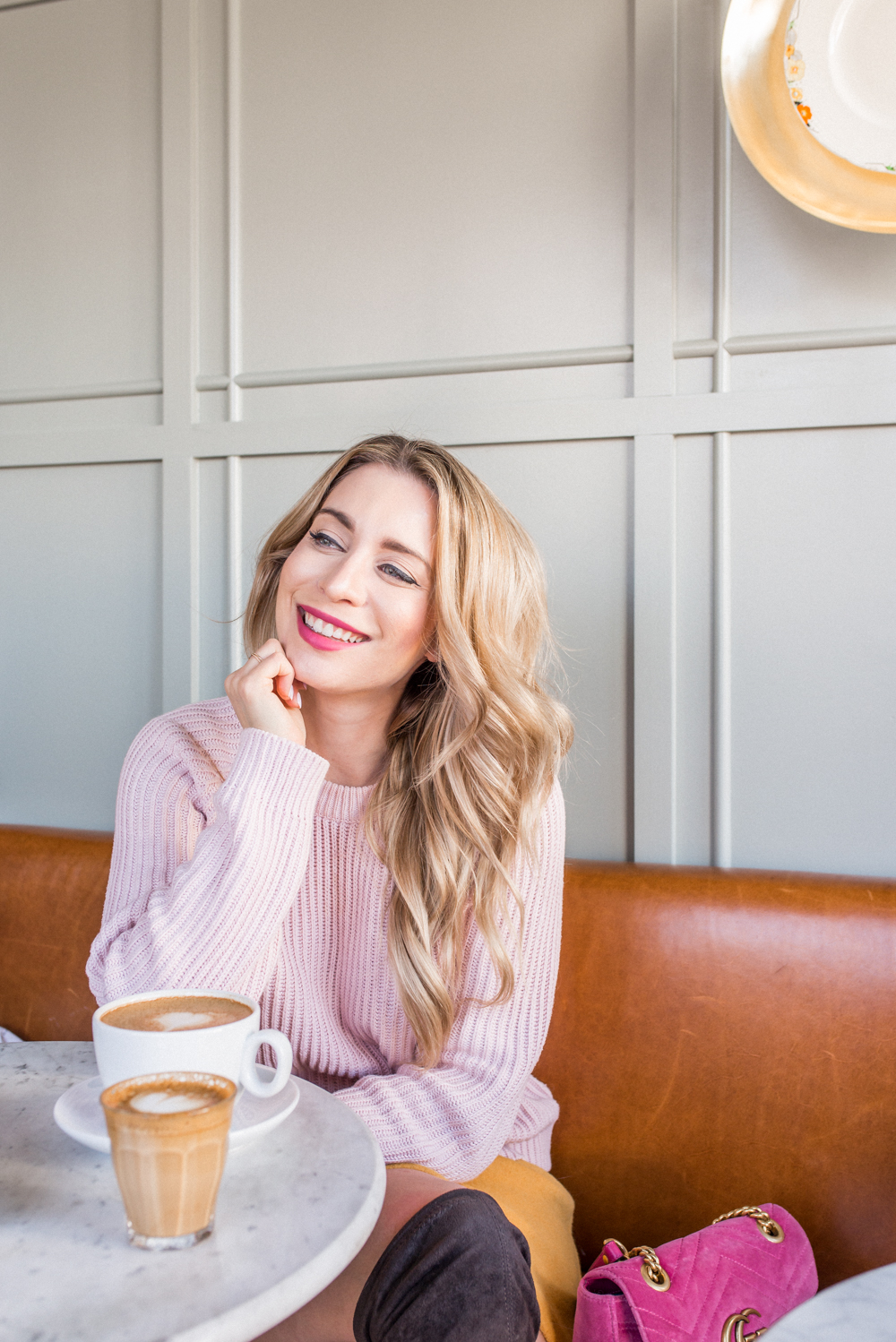 If you guys follow me on Instagram you'll know that for the month of January, I started and stuck with the Whole30 program. What is Whole30 you ask? Whole30 is an elimination-type diet that gets your body back to basics and focuses on consuming real, whole foods for 30 days. There's obviously a lot more to it, and you can read all about it on the proper Whole30 website, but here's the basics on what you can't eat for 30 days:

That being said, for someone who survives off of a solid diet of carbs and sugar like me, this was definitely a challenge. While it was a tough 30 days, I'm happy to say that I stuck with the diet for it's entirety and didn't cheat once! I tried to share my experience as much as I could on my Instagram stories, but a lot of you had a ton of questions about it so I decided to answer them all in a proper post, and share as much of the Whole30 journey with you as I can.

The biggest question that I got while doing the Whole30 diet was 'why did I do it.' Some people assumed that it was about losing weight, and to be honest it really wasn't for me (I'll touch more on the weight-loss part of it later on.) For me, I was just so tired of the cycle of sugary foods, over eating and take-up that I had fallen into while over the holidays. I was also traveling a lot, and as such over-indulged big-time. For me, as much as I would love to be someone who can practice moderation, I'm someone who thrives with limits, so I knew that the only way that I was going to clean up my diet was to have clear boundaries set and a very firm "can't eat" list to stick with. I also really liked that Whole30 was only 30 days, so it was a good challenge with a clear end-date, which helped for motivation and to keep focused.

What Did I Eat?

Another question that I got a lot was having to do with what I ate. I was actually surprised by the variety of different foods, recipes and flavours were available to me on the Whole30 diet! Just a quick browse on Pinterest alone shows that there's a recipe or food pairing for any palette, and I can honestly say that I was never left unsatisfied. Although there were never a shortage of recipes, I did tend to stick with a few core meals for the entire 30 days - what can I say, I'm a creature of habit! 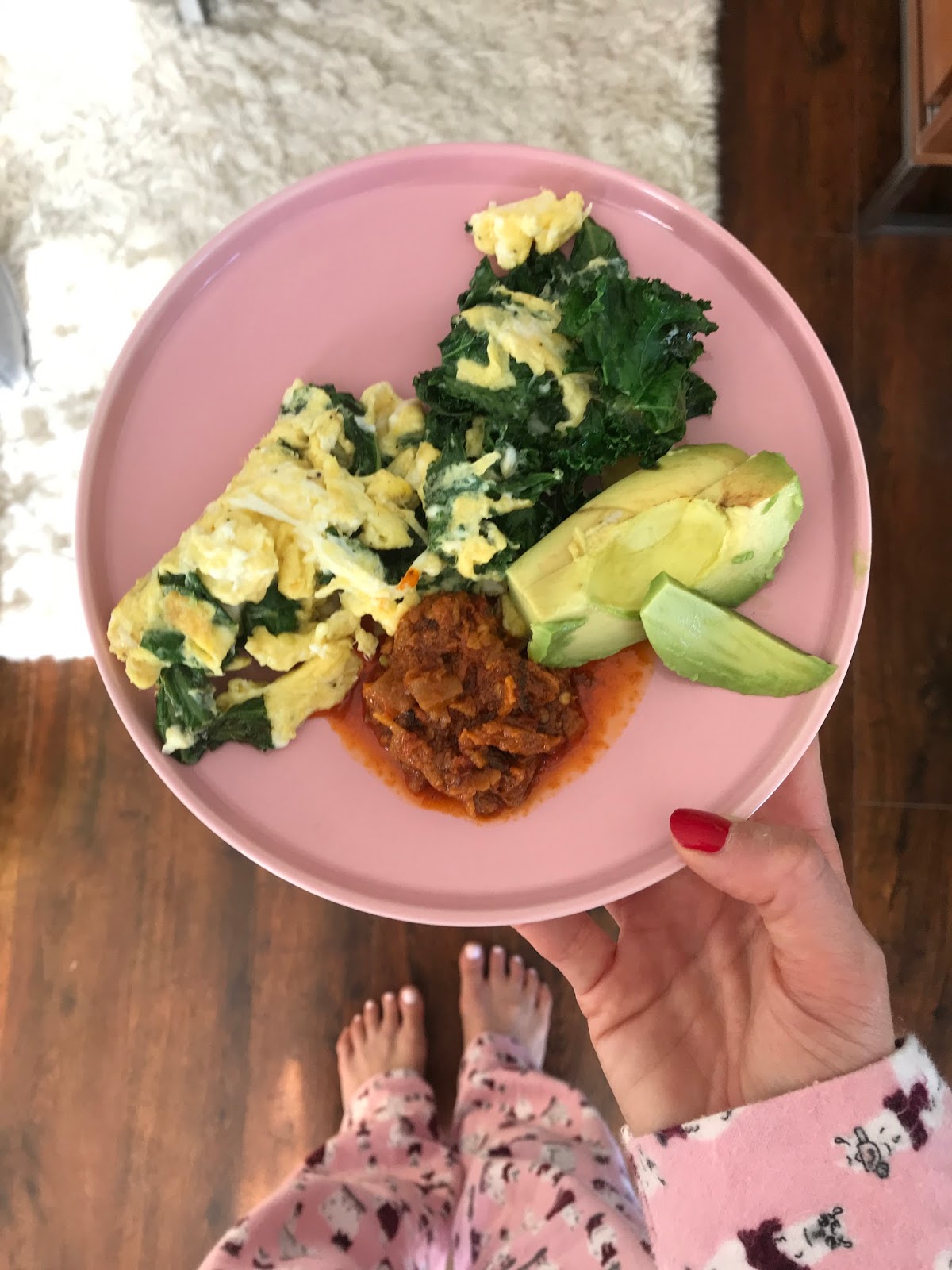 For the majority of the 30 days, I had a variation of the exact same breakfast every single day. Scrambled eggs with a little but of coconut oil in the pan, a couple different chopped up vegetables, half an avocado and Bomba (a spicy Italian sauce that's essentially vegetables in a chile oil.) Changing up the veggies saved me from becoming bored, and I was always left feeling full and satisfied for hours with this breakfast! 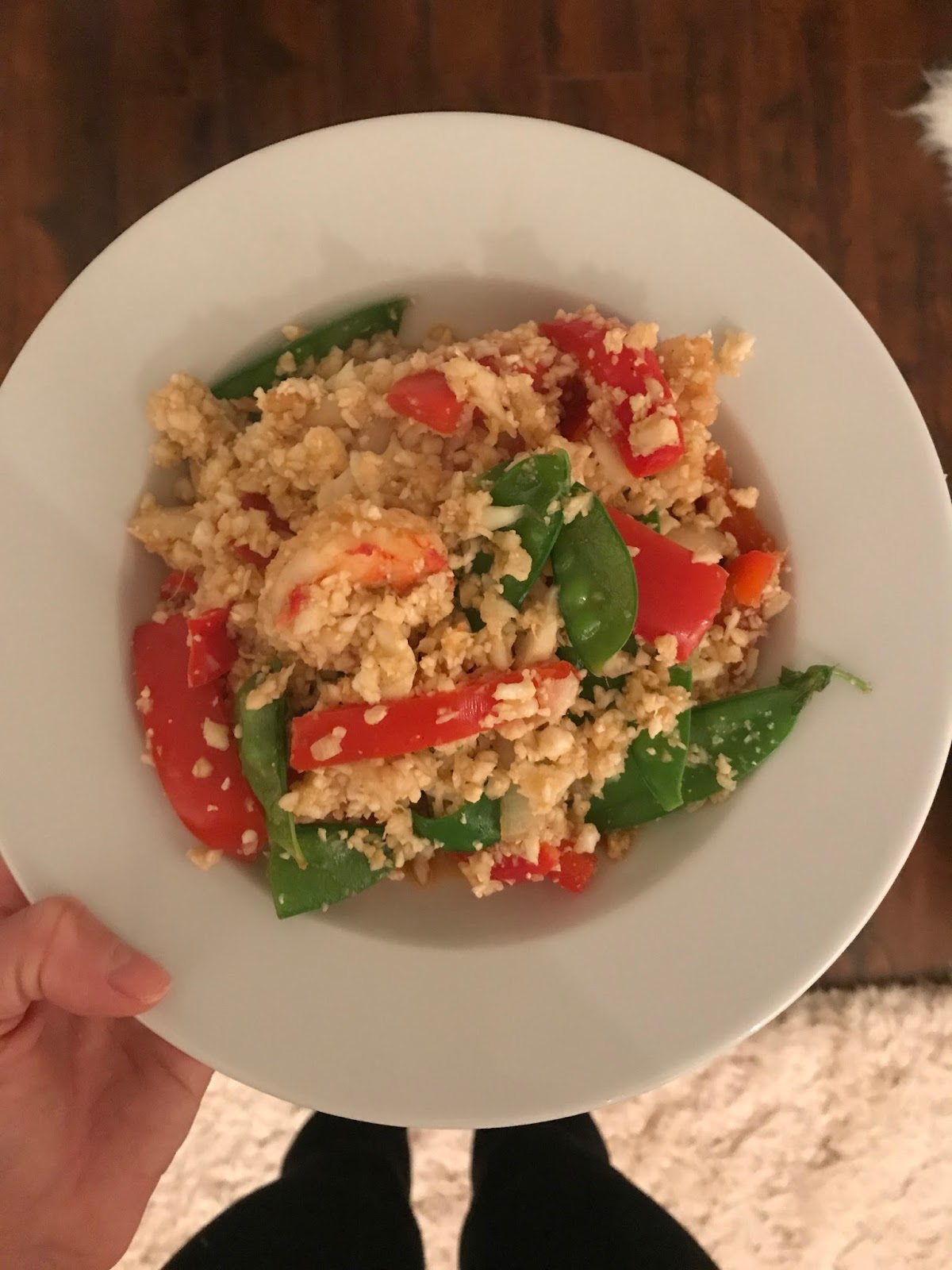 For lunches, I would usually heat up leftovers from dinner the night prior. I'm not a huge lunch person, and I don't love cooking, so leftovers were always the way to go for me. One of my favourite dinners to make was a shrimp stir-fry with cauliflower rice and a coconut amino replacement for soy sauce. This dinner was so good, and would also leave me with plenty of leftovers for my lunches. 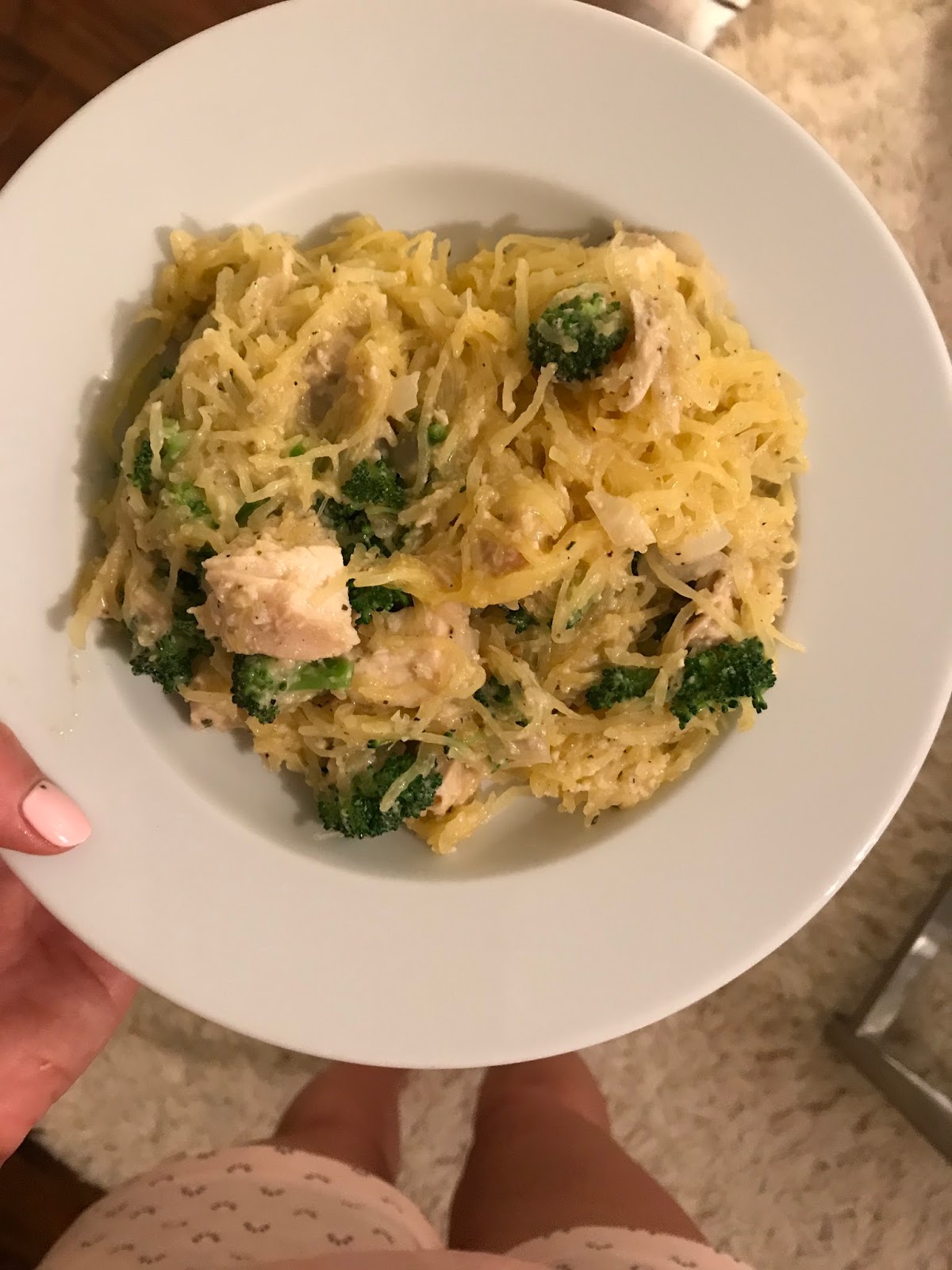 Dinners were when I typically could be found in the kitchen, and the meal that I had the most variety for. Even still, I found that I stuck to a few key recipes that I knew were easy to make and tasted delicious. My absolute favourite recipe to make was a Whole30 compliant Chicken Alfredo recipe, that used spaghetti squash instead of noodles, and a mixture of cashews, coconut milk and chicken stock for the sauce. You guys. This dish was delicious. I'll definitely be making this recipe for months to come.

Other than my beloved Chicken Alfredo, our dinners were usually variations of lean meats with roasted vegetables. My favourite lazy meal would be for Brian to pick up a rotisserie chicken on the way home from work, and I would roast some heirloom carrots, brussel sprouts and zucchini. So good. 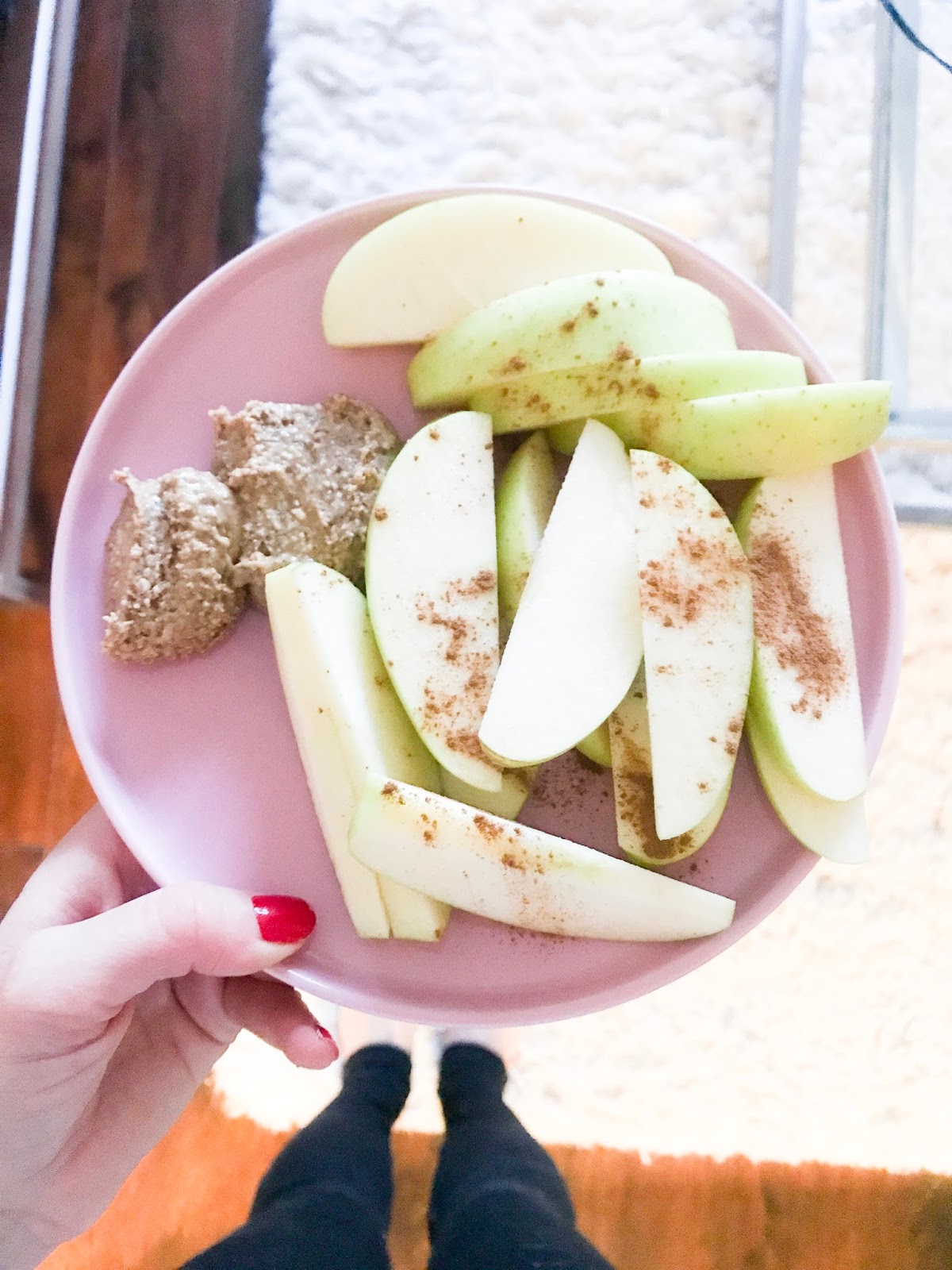 The biggest thing that Whole30 taught me is that the majority of my snacking is due to boredom, or just because the food is available. It's amazing how much less I snacked during the day when I actually had to prepare my own food.

My go-to snack for the 30 days was cut up apple with cinnamon and almond butter. I also loved fruits in moderation, and would have 1/2 of a pomelo almost every night. Almonds and cashews were also good snacks to have on-hand, although I found that I reached for them less as the 30 days went on.


My Tips For A Successful Whole30

While I'm no expert, I certainly learned a lot during my 30 day Whole30 diet, and most of it came by trial and error. Here's a few of my biggest lessons and takeaways from the challenge:

So Did You Lose Any Weight?

The million dollar question that I seemed to get was if I actually lost any weight. This is hard for me to answer, because I don't actually weigh myself, but I do think that I did lose a little bit of weight - but not as much as I thought I would.  The fact that you eliminate legumes in this diet made it hard for me to find any meatless alternatives that would leave me full and satisfied. As a result, I ate way more meat and potatoes than I normally would, so I feel that this counteracted any weight-loss benefits that I would have seen from not eating sugar and carbs for a month. I have, however, heard of people who lost tons of weight so I guess it just depends on your body and how you react to things.

Although I didn't lose a ton of weight, I did notice a huge benefit in another area: my skin cleared up! I've struggled with hormonal acne for over a decade, and nothing has cleared up my skin more than changing my diet. While I'm now trying to figure out if it's refined sugars or dairy that causes my acne (or both), I'm happy to know that I am able to have clear skin.

Would You Do Whole30 Again?

Yes, I would absolutely do the Whole30 challenge again, even though I didn't lose very much weight. To me, eating real, whole food for 30 days was a huge eye-opener for how much I previously relied on eating out. Another benefit of Whole30 is that it finally got me in the kitchen cooking, which isn't as intimidating as I had always thought it was. While some people may find the strict rules irritating, I actually really liked them - it took any questions about what I can/can't eat out of the equation so I could just focus on nourishing myself with real food.

Whole30 can sound like a difficult diet, but to me the positives far outweighed any negatives. I'm now making an effort to cook at home more, am more aware of the foods that I put in my body and just all-around feel more in-tune with myself.

What do you guys think? Have you ever tried to challenge yourself with a diet? Have you tried Whole30? Let me know!