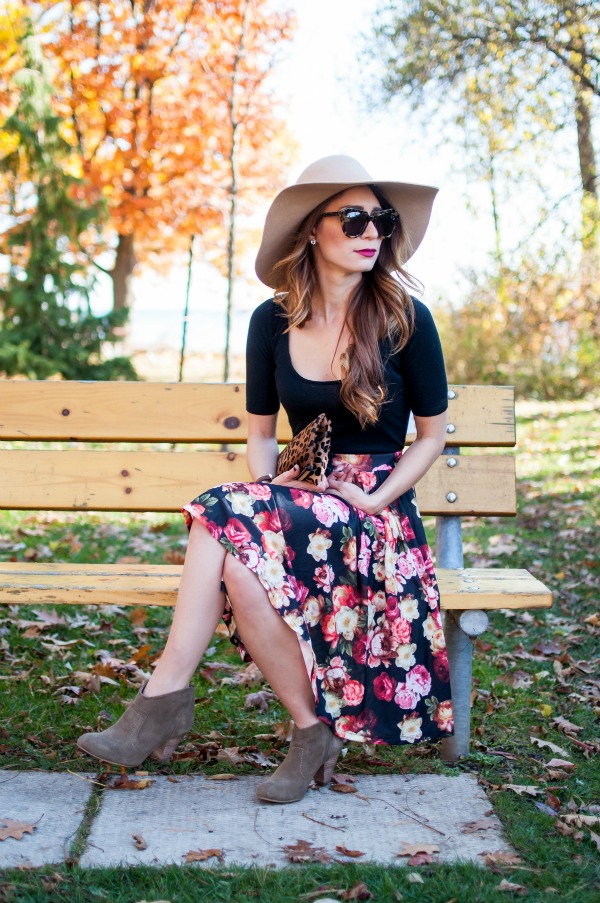 Can you believe it - we're in the last few days of 2014, with 2015 on the horizon!  This year has been an incredible one for me, not only for it marking the 1 year anniversary of La Petite Noob (post coming soon), but also personally as well.  I was thinking of doing a year-end link roundup and while I was going through the blog archives, I instead started to notice many areas that could be enhanced and improved.  Nothing like ringing in the new year with a few resolutions, right?  I've come up with some blogging resolutions for 2015 that will hopefully make La Petite Noob - and my relationship with all of you - so much stronger!


When I first started blogging, I didn't have much of a focus and created a lot of ambiguous content.  While my posts are much more streamlined now as they focus on personal style, I've lost a most of my sharable content.  At first I was happy that I had finally decided to focus on personal style, but now miss the hair tutorials, cocktail recipes and makeup reviews that I did when I first started blogging.  I've been so lucky to do the occasional guest post for Wonder Forest, which really forces me to get creative and create content that is easily shared and that is hopefully useful.  I am definitely going to make a point to bring those same DIYs that I create for Wonder Forest to my own blog, adding some variety to my posts!


Speaking of personal style posts, I think 2015 will be the year that I finally get rid of my white-walled background!  Truth me told, that wall is immediately outside of our apartment building and has just been so easy to pop outside to take a few quick photos for outfits of the days (OOTDs).  While the wall has made snapping outfit photos so simple, it really lends to a lack of variety in my pictures and - to me - has become a little boring and dated.  I loved the outfit that I shot for The Blog Issue ( see the photo above), mostly because the background is more natural and much more pleasing to look at!  I live in a particularly beautiful area right outside of Toronto, and work downtown in the hustle and bustle of the city so it's not for lack of areas to shoot in - it's really just me being lazy and relying too much on the easiness of the white wall!  2015 will be the year that I get rid of the apartment wall once and for good, and add a little scenery and variety in my outfit posts.


Moving from Blogger to Wordpress is an idea that I've been toying with for the past few months.  I've  read countless reviews and post from bloggers who made the same switch in platforms, and each time   I inch closer to the concept of giving a self-hosted Wordpress a try.  I know that Wordpress is the more expensive route to take, but honestly the money isn't what has held me back - it's the learning curve that comes along with becoming comfortable with a whole new way of blogging.  I'm still not 100% yet, but I definitely plan to make a solid decision in the new year!


This goal is one that I struggle with, as I'm sure most bloggers do.  It can be intimidating to put yourself out there on the internet, and there's a definite safety issue in revealing too much about yourself online.  That being said, I do enjoy reading more personal posts from my favourite bloggers and feel so much more connected to them after they've shared a piece of themselves - even if it's just a simple life update!  I would love to start creating some more personal content in 2015 and opening up a little more to you guys - that way, we can get to know each other a little better and build a stronger relationship in the new year.

Blogging is such a rewarding thing, and I feel so privileged every day that I'm able to be a part of such a great community and to have you all along with me for the ride! Let me know what you think about my blogging goals, and of anything that you would like to see in 2015.  I would also love to know if my fellow bloggers have any blogging goals of their own.  Let me know!